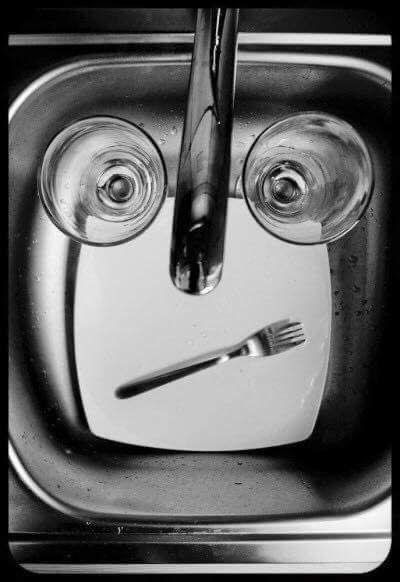 (this article was translated from Dutch using AI)

In this article I attempt to outline the history and development of “Western Thinking”. I will answer questions such as: How have our ideas developed over the centuries? And where is the basis of the modern Western worldview? Then I would like to dwell on the characteristics of the world in which we now live. And I ask the question whether the principles of yesteryear are still adequate in today’s world. I conclude that they are not and that there is an urgent need for a new starting point and a new perspective: VIBRANT THINKING.

The Enlightment left us with a very static perspective on the world
Our contemporary thinking and perspectives are highly influenced by principles and starting points that arose during the Enlightenment. The Enlightenment is considered a very influential period in Western civilization and it led to major changes in thinking about religion, philosophy, art, science and politics. It was a time that gave direction to the modernization of society through individualization, emancipation, feminism, secularization and globalization. The principle of equality, human rights as well as ‘free thinking’ and classical liberalism found their foundation there.

In this period Reason, Rationality gained tremendous weight. It was Descartes who, with his statement: “Cogito ergo sum”, positioned man as a thinking being who in his thinking ability finds his distinction from all others in the eco-system. Only through Reason one comes to truth. This is in contrast to the Middle Ages in which the image of truth was a God-given image, propagated by the Church. Baruch Spinoza elaborated further on Descartes’ point of departure and was the first to dare the proposition that only Reason and Rationality can lead to real explanations. The rise of Rationalism.

It was Isaac Newton who, building on Descartes’ philosophical principles, with his Philosophaie naturalis principia mathematica, laid the foundation for the scientific approach to nature and its phenomena. A nature that behaved according to certain laws. Laws that described reality under all circumstances. Mathematics thus became the language of ultimate truth.

The two most characteristic characteristics of the Enlightenment that still have a great influence on our thinking and acting today are, on the one hand, the thinking man, the rational thinking man and the description of phenomena and behavior by means of mathematical formulas and laws. Ratio and Formula. Explanation, control and manufacturability. The world as a clock.

These principles of the Enlightenment still determine our thinking and actions today. We live with the idea of a makeable and controllable world. We are looking for hard truth and the certainty it provides. We want to know exactly what it is all about and what the situation is. If it cannot be expressed in figures, it is not credible. We believe equilibrium and assume a stable status quo. It is our ambition to understand in an attempt to demystify and decipher the phenomena around us. Our main instrument in this is our head, our brains, the Reason.

Contemporary business is also strongly influenced by the legacy of the Enlightenment. The idea of a company as a machine, as a clock arose during the Industrial Revolution. It was Frederick Taylor (1911) who further perfected the machine metaphor in his book “Principles of Scientific Management”. To this day, his approach is known as “Taylorism”. The results of his thinking can be seen in, for example, the world of fast food restaurants. Mechanized restaurants where highly standardized food is made on the assembly line. The accompanying handbook describes the production process down to the last detail. A euphemistic name for this type of mechanized restaurants is system catering.

In this way, our intellectual past very specifically gives direction to our view of companies and organizations. It was Milton Friedman who postulated in a much-discussed article in Time Magazine: “the sole purpose of an organization is to generate profit for shareholders. A company like a money machine. With the sole purpose of generating maximum return for external owners. Controlled by management appointed for that purpose. The strategy, objectives and structure are devised by them, often in cooperation with an external consultant, and imposed on the organization. Through top-down control we steer for maximum efficiency and return. The machine bureaucracy in full. That machine requires maintenance because otherwise it will show too many signs of wear and tear. Since the organization, just like our car or any other machine, is unable to provide for its own maintenance, management has a task here: to regularly maintain the machine so that it continues to perform at its best. We work from an organizational design, a new model that we roll out across the organization. This process has many names that further reinforce the static perspective: business process redesign of value proposition re-engineering. And finally, the process of adaptation, the last link in the chain of business operations, also has a high degree of malleability. We call it Change Management. The idea: you can steer, control and manage change. Even culture change. So much for our epistemological legacy. Now to the reality of today.

This complexity seems to increase every day. Experiencing speed, mobility, interdependency, unpredictability every day as we realize how complex our modern world has become. And all this in the space of a few decades. This increasing complexity can be traced back to a number of structural developments.

First and foremost, the globalization of the economy and our worldly lives. Not only are national economies embedded in the dynamics of international world trade, the financial system underlying our international trade flows is global. And that financial trading system is once again embedded in global asset markets that function and operate entirely across borders. And with this globalization of markets, of trade and industry, comes the globalization of our work and work life. Companies with establishments all over the world, employees who fly across the world to do their work in the various continents and countries. But our private lives are also increasingly globalized. We are world citizens, watching American series, eating foreign food on holiday in exotic destinations and flying for a long weekend to an exciting and challenging city. New York, Miami, Barcelona, Tel Aviv, everything at your fingertips.

The globalization of our world, both business and private, has been accelerated and intensified over the past decade by the digitization of our society. Everything is accessible and can be found, read, ordered and experienced at the touch of a button. Not only has this made our world smaller, the digitization also leads to a high degree of connectedness. Not in the social sense but in the sense of a network in which matters and actors are increasingly connected and interdependent. Without these dependencies being visible or visible by definition. As a result of digitization, the world is becoming a complex network and is therefore increasingly behaving like a complex system. The speed at which this happens runs parallel to the speed at which the computing capacity of our computers and networks develops: exponentially. Through exponential growth, our world is becoming a complex system. A coherent set of actors that exhibit properties at the system level that cannot be inferred from the properties of the individual components. The world around us is full of examples: bird swarms, stock market prices, the economy, the climate, but also our brains and the companies where we work.

Finally, the complexity of our global system is influenced by changes in population (size, composition and age structure) and a shift in underlying asset patterns. Increasing population numbers, ever better educated (average in the world), a stronger awareness of what is important and what matters, and increased autonomy at an early age further contributes to the complexity of our world. See also the article by Anna-Leena Haarkamp on this website.

The legacy of the Enlightment is by definition inadequate for addressing the complexity of our modern world
In short, we live in a world characterized by: volatility, uncertainty, complexity, and ambiguity. A world that is highly dynamic and complex. In which things develop rapidly and change seems to be a constant. A world that demands a different view on organizations and companies. Because our management practice, our current concepts of control and strategy are based on issues such as malleability, reductionism, certainty and predictability. Aspects that are at odds with the essential characteristics of a complex world, a complex system. As such, they are de facto and by definition inadequate in a world that is becoming increasingly complex. Our legacy is inadequate. We must move towards a new perspective: VIBRANT THINKING. To this end, I would like to refer you to another contribution on this website: “What Heisenberg, Prigogine and Margulis can teach us about business.”